Sonic Corp., more commonly known as Sonic (stylized as SONIC), is the operator of an American drive-in fast-food restaurant chain based in Oklahoma City, Oklahoma, that is owned by Inspire Brands, the parent company of Arby’s and Buffalo Wild Wings. As of September 5, 2018, there are 3,606 Sonic restaurants in 45 U.S. states. In 2011, it was ranked 10th in QSR Magazine’s rankings of the top 50 quick-service and fast-casual restaurant brands in the nation (moving to 13th for 2015 and 2016). Known for its use of carhops on roller skates, the company annually hosts a competition to determine the top skating carhop in its system. 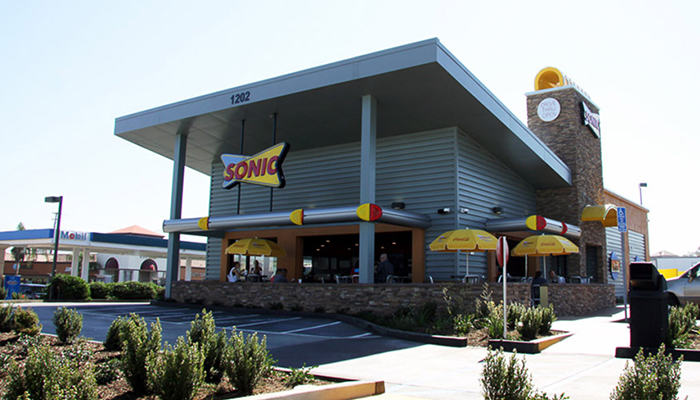